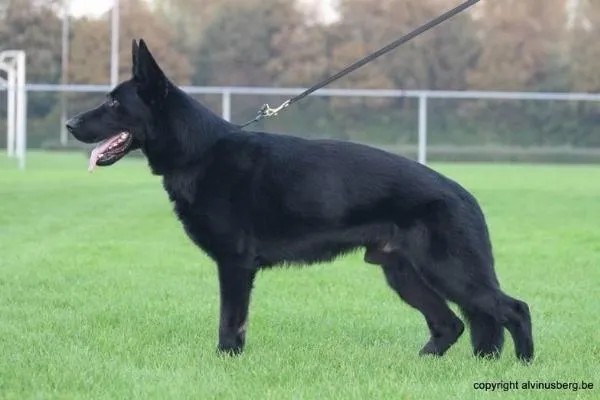 Caro van Brandevoort is the son of Jucan Von Peroh, shown above. We don’t own this dog.
It is a very accomplished German Shepherd Dog placing 7th at the 2012 K.N.P.V PH2 nationals & 2nd place national object guarding in 2013.

What is a KNPV German Shepherd Dog?

A KNPV German Shepherd is a working German Shepherd Dog (GSD) trained according to the KNPV programme. KNPV is one of the most challenging and well-respected dog sports in the world. It originates in The Netherlands, Holland and it is the closest to the real protection work.

The best dogs ever after 2 to 3 years of training

Training usually takes between two and three years to complete. It requires a dog that is intelligent, loyal and social. KNPV dogs need to be hard dogs with strong nerves. They will be tested and trained to the max and they should be able to endure all kinds of real-life threads while doing their job.

Only a few K9 German Shepherds make it until PH1, much less PH2

A German Shepherd dog with a KNPV PH1 title is relatively rare. Their build softness from pet llines, and other characteristics are often less fit for the job. This is why KNPV Malinois Shepherds and KNPV Dutch Shepherds are much preferred over KNPV German Shepherds. Still an estimated 5 GSD dogs make it until the PH1 (Politiehond 1) certificate each year.

This is rare to find a German shepherd to even obtain a PH2 title and even more unheard of to place so high at nationals. You have to remember that the Belgian Malinois is the main competitor in this sport in the Netherlands, and to see a German Shepherd perform so well, in a field of talented and well trained Malinois competitors is even a bigger accomplishment. Caro’s protection phase is very impressive to watch, and he is a super striker. I have to extend a big thanks to his owner in the Netherlands,and the importing of his daughter, Bika Von Gonta Haus (Call name Bailey) would not have been possible if not for the help of Rick Verbruggen, owner and handler of Caro Brandevoort. This dog is father of our brood bitch Bailey Von Gonta Haus. He is one of the rare few of German Shepherds to compete in K.N.P.V (The sport that is used to produce police worthy dogs in the Netherlands). This explanation is being given as a pre-amble to fully explain how outstanding this dog truly is.

His mother is also an outstanding bitch:Caro’s dam is Ouchie von der Schiffslache KNPV PH2. She is shown below in our females section. Ouchie is a nice producing bitch and is the dam of numerous K.N.P.V and IPO titled German Shepherd dogs. Ouchie is a very rare female German Shepherd to obtain a KNPV PH2 title! Ouchie is the daughter of the famous producer Tyson von der Schiffslache SCH3, LGA sieger, 3x BSP. So Ouchie is the daughter of the 3 time BSP champion and Jucan is himself a 3 time BSP champion. So Caro represents the very best of the German and Netherlands bloodlines. We are very lucky to have his daugther, imported into the U.S as a 10 week old puppy. Caro is the maternal grandfather of all litters involving Bailey as the mother. 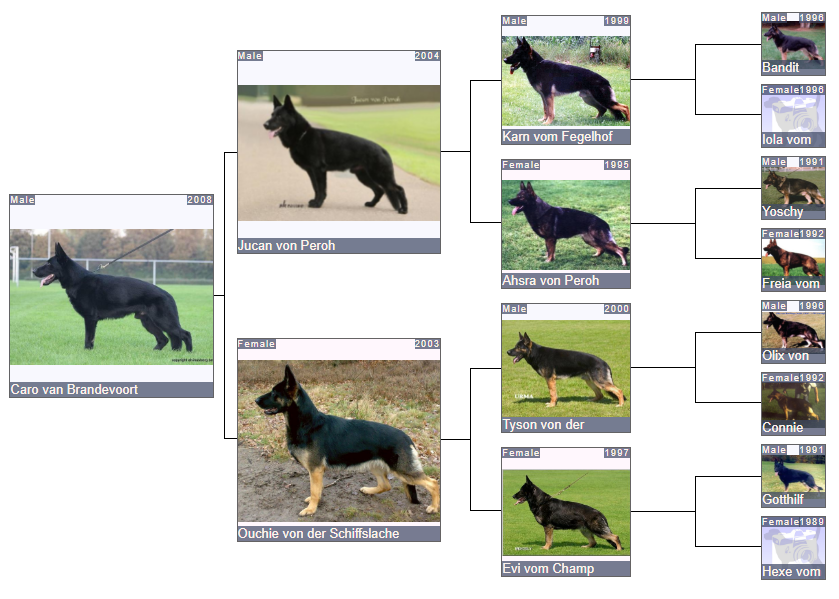 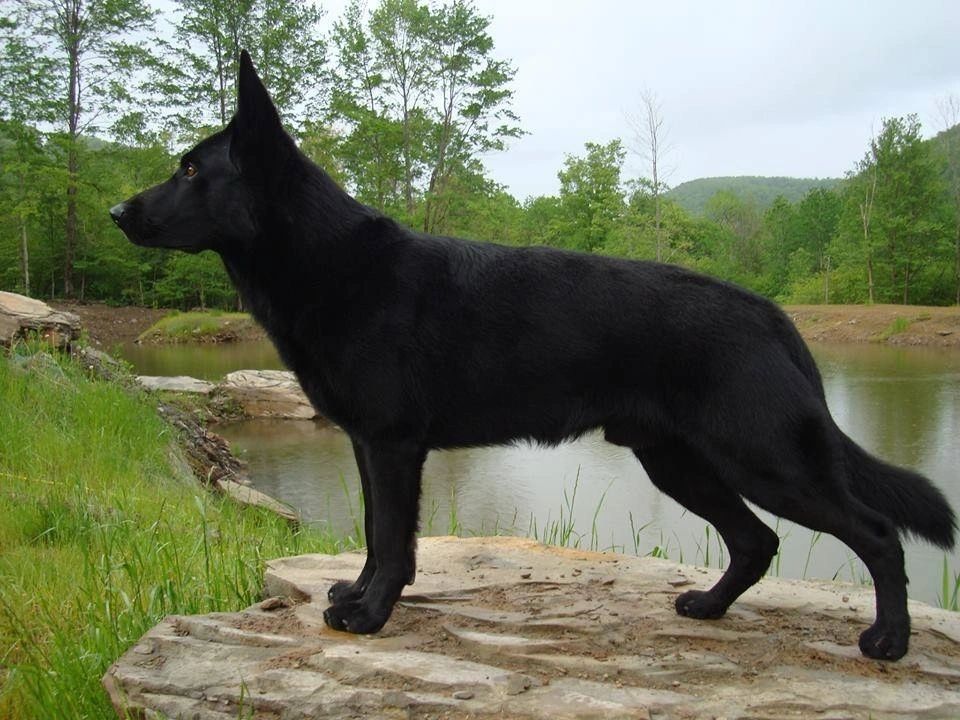 Bourne is the other son of Jucan von Peroh, the 3 time German Champion shown at the very top of the page. He is half brother to Caro van Brandevoort, shown above. This German Shepherd Dog is the father to our stud dog Jake von Gonta Haus.

Bourne was purchased by his owner directly from Germany, from the Wolfriede Kennel. He is a personal protection dog and family pet. He is half brother to Caro van Brandevoort. Although this dog is not titled, he possess the same off the hook prey drive we see from sons of Jucan von Peroh. On his father’s side, like Caro, he is sire is Jucan von Peroh, who himself is son of V Karn vom Fegelhof.

On his mother’s side, his dam is Freniz vom RurdamnmV Karn vom Fegelhof. What is notable about Freniz is that she is an accomplished dog as well, titled: SCHH3 (G-BSP), SG-LGA, and good enough to get a KKL1 score. KKL1 is a rated Koerklasse 1 (Kkl1) “recommended for breeding”, whereas a dog rated KKL2, is “suitable for breeding”. Not many dogs have the breed warden award this title.

Also notable, is that Frenzi vom Rurdamm is daughter of Orka vom Erlenbusch, is linebred 3-3 on Mink vom Haus Wittfeldm.

Mink is a very famous dog in the working dog world, and he is said to be a hip improver. He also adds very strong working ability to his progeny. Other notable dogs in the pedigree also include Fero vom Zeuterner Himmelreich and many other top level dogs.

His pedigree is filled with some of the best known West German Shepherd Working lines as grandfathers, and great grandfathers on both his father’s and dam’s side.