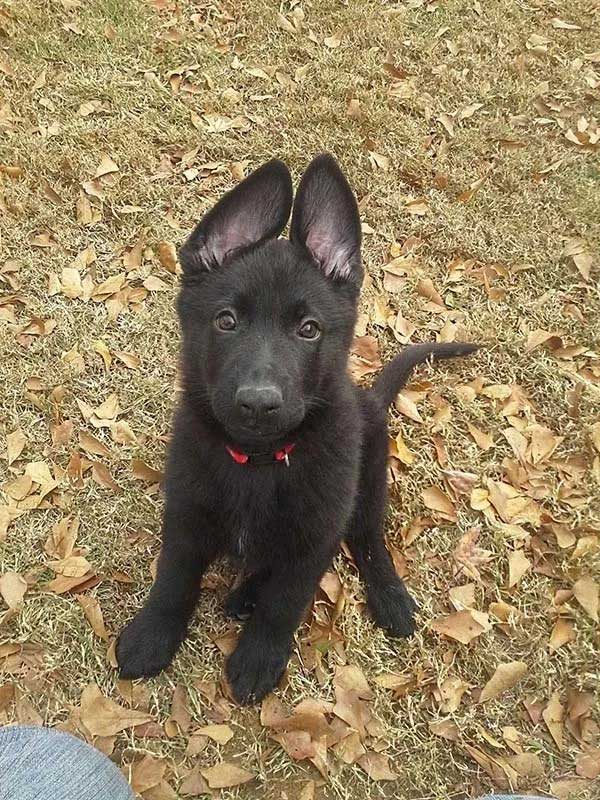 Over the last 10 to 20 years, knowledge has expanded significantly. Up to the late 70’s explanation for behavior was based on drive models, which were very rigid and set. The behavior of animals was controlled by its drives. We knew of the reproduction drive, hunting drive, self defense drive, aggression drive, possession drive, play drive, etc.

These drives could be stored and surfaced at given points. Dogs became victims of their drives, the characteristics being hereditary. One assumed that certain drives were activated by environmental stimulants. The belief was that a living being became a victim of its drive.

Today we know that every individual behavior displayed by the dog in its lifetime is controlled and directed by a number of components and not the fixed drive model of the 70’s. Behavior is controlled by motives and emotions. If a dog displays specific/certain behavior at a given point in time and in a certain environment then only because that precise point he is motivated to do that. It does not matter if this is sleeping, feeding, offensive or aggressive behavior or the display of learned behavior on command. Should the dog not have the motivation at that moment in time, then he would not display the behavior.

All behavior displayed by dogs (insofar as there are no behavioral disturbances), is purposeful, motive and emotion dependent. Today’s behavior theory no longer relies on the term “instinct” as it is too restrictive and one sided, and, like the term “drive”, does not permit enough room for other factors, considerations which influence behavior.

All new scientific knowledge regarding animal behavior and the central nervous system support this theory more and more: The difference between humans and animals, eg functions of the brain, learning, dealing with emotions, is not as great as was thought up to 20 years ago.

Collectively it can be said that dogs have motives and emotions, that they surely display behavioral types which can be interpreted as lies or deceit, however, there are scientific explanations available for this. The drive model of the 70’s should, however, have no place in dog handling. The term drive is now widely replaced with the term motivation. The defense drive is one of the many components of aggressive behavior, ie those situations where fear, uncertainty or danger are displayed, with the aim of avoiding injury.The possession drive is better explained as hunting behavior, which in its natural environment is used to meet basic needs, dependent upon the situation and emotion (hunger, vision of prey, etc).

Those who still use the term drive when relating to dogs should at least interpret the knowledge on emotion. This view does not contain aggression drive but complex aggression behavior which is activated by a variety of individual, environmental stimulants and therefore training.

What are the motives for the behavior of a dog? They are not different to the motivations of man. Basic needs refer to the things required to survive from day to day, week to week and month to month.

Survival/Avoiding injury – avoid injury or suffer any damage which could endanger life.

Meeting these basic requirements and survival are necessary for reproduction and successful rearing of young. This can be seen as the imperative aim/goal and therefore main motivation of all living things on earth. This is the scientific knowledge researched over the last 10 years of research of animal behavior and evolution (development of all living things from single cell to complex beings).

Animals are egotistical. It is their concern that they and only they reproduce. It is of no concern to them whether the species survive as was previously thought. This theory collapsed during the extensive observations of infanticide (the killing of offspring) within the animal kingdom.

The motivation of all behavior, which an animal will display in its lifetime, basic needs, avoiding injury and reproduction also apply to domestic dogs. Even if they no longer have to fight for survival like the wolf, these basic motives of animal behavior are genetically anchored following years of evolution.

The term Individual Fitness (IF) covers all the terms for survival, meeting basic needs and reproduction. This means how many traits a specific animal has in its life, and how many genes from a specific animal will be in the total gene pool of the next generation. An animal with a high IF has many traits; this animal therefore has successfully promoted reproduction, meeting basic requirements and survival.

BEHAVIOR HAS TO BE WORTH IT

Behavior which does not meet one or the other of the requirements does not usually occur in a healthy animal. Each behavior requires energy, even in sleep one burns calories. Spent energy has to be replaced and this is not always possible in the natural environment. During the course of evolution, during the development of the general goals/motives the purpose of behavior also became a consideration. All behavior has to be worth it. This means that it either has to serve one of these goals directly, temporarily improves the conditions, or at least go towards maintaining the current situation. This purpose connection is what we humans use when training dogs. We can reward the dog for certain behavior. Reward means something good. The reward motivates the dog to do what we require more often. We can punish the dog for certain behavior. In the ethological sense, punishment is something, which reduces the possibility that a certain behavior will be displayed. For example pain is included as pain is a warning to the body. One wishes to avoid injury as they possibly show that we will not be able to hunt for a while, that would mean hunger or even starvation.

An important factor for demonstrating behavior is for the motivation and ultimately for displaying of emotion, is the learning curve. Learning means to moderate and adjust one’s behavior to the environment accordingly. Learning always means the optimization of one’s own status/condition.

It is always about improving the situation.Throughout its life a living creature is subjected to signals from the environment, it checks and works them out and changes his behavior to suit each situation. Every living creature basically has 2 choices, to gain the important information and capabilities it needs to survive: to inherit or learn.

Learning and motivation play a big part if you want to train a certain behavior into an animal.

The kind of reinforcer determines if the behavior increases or decreases. If I want to achieve certain behavior, I have two choices:

1) Add what the animal would find pleasant or

2) Something the animal would find unpleasant is taken away

Both examples achieve positive reinforcers, certain emotions are developing in the brain of the animal, in the first example it is enjoyment (happiness) and in the second relief.

The reaction of the dog shows that it is pleasant for him; it is worth for him when he shows certain behavior if it is positively reinforced.

A dog has learned that he gets a treat when told to sit and he sits. This is positive reinforcement, something pleasant like a treat is added.

The second type of positive reinforcement is when something unpleasant is removed, for example a dog has learned that sit means being pulled upwards with the lead while his bottom is pushed down. So he sits and the pull on his neck and pressure on his bum is removed.

It is the same if you want to decrease certain behavior. This is achieved by

1) Adding something unpleasant for the dog or

When told to sit the dog does not apply itself and gets a reaction. The other option (possibility is that something pleasant is taken away as a consequence of the shown behavior) for example the dog does not sit when given the command to do so, the handler walks away, withdrawing social contact. The dog does not get any treats; the handler eats the treat himself. Dog handlers that train under the old methods understand punishment as the opposite to praise or treats.

The opposite from praise or treats is not punishment, it is taking away the praise or don’t praise at all. The absence of praise is punishment in the ethological sense.

This is the maximum period of time in which the correct combination between incentive (allurement) stimuli and behavior or behavior and reinforcer (positive – negative) takes place. This is the time between 2 events so these can be linked together. This time should be no longer than a half second.

How big should the reinforcer be?

As little as possible, the smaller the reinforcement, the quicker the dog will eat it. This does not just reduce training time; you can give more reinforcers per training session. Normally one reinforcer is enough to keep the interest of the animal.

How often should you use reinforcers?

What is important when using negative reinforcers?

It is correct to say that it works. By using it correctly, unwanted behavior can be eliminated quite quickly and permanently. It does not have to be cruel or brutal. Sometimes punishment is needed and it is important to know how to use it effectively and humanely. The golden rule is if you have to use punishment more than twice to achieve certain behavior the punishment is used incorrectly.

Results achieved through not praising or treats are at least as successful as punishment.

Through not praising we lose the danger of negative side effects, the fear of being punished.

No comments to show.